The question came up in a conversation I was having with a trainer friend of mine. She mentioned that her mother had asked her that question quite literally. Her mother explained that when she was young, you “just knew better” than to disturb a dog while it was eating or sleeping.

In the age of social media sharing, you see pictures and videos of adults, as well as kids, snuggled up with their dogs, and no one thinks twice about it. Just today I saw TikTok video that has gone viral of a newborn baby sleeping next to a puppy, it has over 7 million views in just 4 days. Meanwhile, I am just thinking, how incredibly dangerous and irresponsible it is.

It is important for parents with pets to know that:

The CDC along with the Humane Society, states there are approximately 4.7 million dog bites every year in the U.S. and estimates that 51% of those bites are to children. They also believe these estimates are low. That would mean that each year over 2.4 million children become victims of dog bites, and 1.8M of those victims were bit by a dog they knew.

Center For Disease Control and Prevention

And according to the CDC:

“Most dog bites affecting young children occur during everyday activities and while interacting with familiar dogs. The vast majority of biting dogs, 77%, belong to the victim’s family or a friend.”

I believe there are many great benefits for children when they are raised with animals in the home including physical activity through walks and play as well as teaching them to be responsible and empathetic. Part of the teaching is also for them to respect the nature and beauty of animals, which includes being respectful of their boundaries.

The reality is, we should be letting sleeping dogs lie, and we should be teaching our children to do the same. While we may consider our dogs as part of the family, we, as parents, need to teach our children that dogs are dogs, they are not human, and we must respect their nature and teach them how to behave around each other.

By giving dogs attributes that are human, or treating them as if they are human, we are putting both our dogs and our children in danger. Doing this can lead to the following problems:

The Dog Thinking Your Kids Are Littermates

When boundaries between puppies or adolescent dogs and kids are confused, the puppy may treat your kids, the same way he would naturally treat a littermate and not a leader like they should. That means rough play which could include growling, nipping, jumping, or trying to pin them down. This behavior may look like aggression and could cause unintentional harm to your child.

If your child is constantly taking items from your puppy or invading their space, the puppy may resort to guarding his items or his space. Resource guarding is when a dog reacts when they perceive a threat to a valuable resource in their possession. Patricia McConnell defines it well, as “any behavior that discourages another to take, or get too close to, an object or valued area in the dog’s possession.” While resource guarding is natural animal behavior, it can become dangerous and can result in a dog feeling pushed into needing to bite.

Dogs, same as all wild animals, can have what is known as sleep startle reflex, also called, sleep aggression, where when woken suddenly or unexpectedly they become fearful or aggressive and may include a growl, snap, lunge, or bite.

Your Child Assuming All Dogs Are Like Their Own Dog

When children lack the understanding of the nature of a dog, they are more likely to think all dogs are like their own family dog. If they have a dog that is very tolerant of actions such as cuddling with it while it is sleeping, or carrying it around like a toy, they may try to do the same to another dog they meet that may not be as tolerant.  Children also need to understand that no two dogs are alike, so what their own dog may find acceptable may not be the same as what their friend’s dog finds acceptable.

So, what can we as parents do to help teach their kids responsible pet ownership? Here are 5 tips:

Establish the rules for your kid’s interactions with dogs. These should include things like:

Parents have the most important rule. ALWAYS supervise children around animals.

Lead by Example and Explain Exceptions

Set the rules and help your children follow them by following the rules yourself. This includes avoiding the temptation to encourage your child and your dog to do “cute” photoshoots that include invading your dog’s space. Plan taking cute pictures where they are active like playing fetch, throwing a frisbee, or while your kids are practicing training with the dog.

When situations arise in which you must break the rules, for example, you need to open your pup’s mouth to get something out he shouldn’t have, explain to your children that you are the adult and the dog trusts you to do such things, and it is still important that children do not. Kids need to understand that they should not try to imitate what you are doing, but if they think, for example, the dog has something in his mouth he shouldn’t, that they should let you know right away.

Get Your Child Educated in Canine Body Language

This could be the most important thing a child can learn that will keep them acting safely around dogs. Contrary to popular belief, a wagging tail does not always mean a friendly dog, and that yawn you may think is so cute, could be a sign that your dog is getting stressed. There are great resources to help parents teach their children about canine body language. You can visit this list of resources or hire a professional to help.

Teach them how to greet dogs they don’t know

Make sure your children are aware that other dogs are not the same as their own and that some may be fearful or shy around people they do not know. It is important that they ask the owner for permission before approaching a dog they are unfamiliar with. In addition, if the dog begins to back away as they approach, that is a sign they are not comfortable and they should keep a safe distance and allow the dog to approach them.

Give The Dog a Space of Their Own

Designate a space that’s just for the dog. This is an area off-limits to humans, that gives the dog a place to go and get the space they need. This will allow the dog to go somewhere they know is safe in the event they become stressed. Make sure your kids understand this area is a kid-free zone.

There are few things that can provide such benefits to your children as adding a four-legged member to the family. Dogs and kids can be a great combination if they learn how to behave around each other and provide each other with the appropriate respect. This means respecting the dog as a dog in its true nature.

As responsible parents, it is up to us to ensure that our kids are safe by establishing rules and boundaries for interacting with their pets as well as equipping them with the skills needed to read canine body language so that they can respond accordingly.

Remember, if you are struggling with finding a good balance between your dogs and your kids, contact a professional to help. 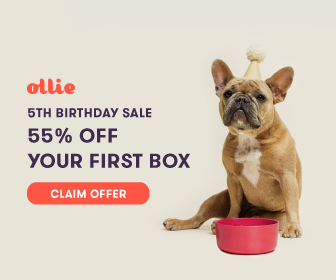 We use cookies on our website to give you the most relevant experience by remembering your preferences and repeat visits. Read More By clicking “Accept All”, you consent to the use of ALL the cookies. However, you may visit "Cookie Settings" to provide a controlled consent.
Cookie SettingsAccept All
Manage consent

This website uses cookies to improve your experience while you navigate through the website. Out of these, the cookies that are categorized as necessary are stored on your browser as they are essential for the working of basic functionalities of the website. We also use third-party cookies that help us analyze and understand how you use this website. These cookies will be stored in your browser only with your consent. You also have the option to opt-out of these cookies. But opting out of some of these cookies may affect your browsing experience.
Necessary Always Enabled
Necessary cookies are absolutely essential for the website to function properly. These cookies ensure basic functionalities and security features of the website, anonymously.
Functional
Functional cookies help to perform certain functionalities like sharing the content of the website on social media platforms, collect feedbacks, and other third-party features.
Performance
Performance cookies are used to understand and analyze the key performance indexes of the website which helps in delivering a better user experience for the visitors.
Analytics
Analytical cookies are used to understand how visitors interact with the website. These cookies help provide information on metrics the number of visitors, bounce rate, traffic source, etc.
Advertisement
Advertisement cookies are used to provide visitors with relevant ads and marketing campaigns. These cookies track visitors across websites and collect information to provide customized ads.
Others
Other uncategorized cookies are those that are being analyzed and have not been classified into a category as yet.
SAVE & ACCEPT
Scroll to Top